The History of Retirement

Though our great-great-great-ancestors were not worried about maxing out their IRA contributions or checking their Social Security earnings statements online. They had other concerns that remain timeless. In fact, the notion of creating a safety net for the future is actually a timeless concept. So, I would like to take you on a tour of the history of retirement.

For an animated video tour through the history of retirement click here. You can also revisit retirement via our Timeline of Retirement History below:

When you are done you can come back and read more of the story.

The History of Retirement Part 1

While the average life expectancy of the pre-modern world continues to remain a subject of debate, many anthropologists suggest an average life expectancy of around 30 years. One thing is clear; life expectancy has vastly improved even in just the last century. As a result of shorter lifespans, early mankind developed a work until you died type mentality. A retirement into idleness and leisure seemed an impossibility for these hard-working men and women. Fortunately, it would become a reality centuries in the making.

As with many great advances, early retirement was borne out of the terrible reality of war. Retirement would emerge from the clashing of swords and the sacrifice of blood and treasure. In ancient Rome, military pensions had actually been in use for many centuries, but unfortunately, the funds for those pensions were mixed in with the funds of the general treasury.

To keep suspect senators from raiding these treasury funds, in the year 6 A.D., the Roman Emperor Augustus established the aerarium militare, a military trust fund to help fund pensions for Rome’s very own legionnaires. Augustus was so committed to this idea that he personally contributed 170,000,000 sesterces (or $1 billion in modern USD)! He also helped continued inflows into the fund by earmarking a 5% inheritance tax to this fund.

Just as war fueled the Roman pensions, war helped to restart the pension trend in the 1200s as the Fourth Crusade was looming over a war-torn Europe. During this time, the city-state of Venice, became famous for their capacity to build and man ships. This talent allowed them to become a major place of commerce and one of the wealthiest cities in the world. As a result, the Venetian arsenal rejuvenated the ideas of a pension system from the ancient world and rewarded their workers for their loyal service.

In the 16th century, a movement for military pensions gained further traction with ongoing warfare in Europe. It would not be much longer before other professions took notice. For instance, in 1645, it would be Duke Ernest the Pious of Gotha, who worked to create a pension fund for the widows of clergymen in his realm.

Soon after, in 1662, additional funds would be set aside for the widows of teachers. Finally in 1684, the first known civilian, a public official with the London Port Authority was set up with a pension! The port authority structure was unique in that the new member employed had part of their income garnished to provide income to the previously employed (not unlike funding of many modern social retirement systems).

The Pension Journeys to The New World

The tradition of pensions continued to grow during this time, and by the mid 18th century crossed the ocean into the municipalities of the United States. Many public institutions began to offer pensions to employees in fields such as firefighting, policing, and education.

In the United States, there was an additional pension for those outside the public sector. Following the Civil War, both Northern and Southern States began to pay pensions to impoverished veterans, widows, and disabled veterans. Uniquely, veteran Union Soldiers would receive these payments directly from the Federal Government, while the veterans on the Confederate side would be paid solely from their individual states.

What also served as a hallmark breakthrough, was that unlike previous military pensions, both women and African Americans were eligible to participate. Although this payment system was not purely retirement based, it would serve as an early blueprint for the future veteran pensions as well as the later established Social Security retirement benefits.

In 1875, the American Express Company became the first U.S. private company to offer private pensions. This plan initially applied to employees who had been with American Express for at least 20 years, had obtained age 60 and were then further recommended by a manager along with being approved by a committee and a board of directors. While convoluted by today’s standards, those who received the pension could receive half of their annual salary in retirement in perpetuity! American Express would become an early pioneer that inspired many other industries in the decades to follow with their own pension programs.

Just as the pension was growing in popularity, the Baltimore and Ohio Railroad got even more creative with their own retirement system. In 1880, they envisioned a retirement plan that drew not just from the employer’s coffers but from an employee’s salary. This small pivot in how retirement planning was a shared burden between employer/employee would be nearly a 100-year glance into the crystal ball on the future of retirement.

In 1881, German Emperor, William I, introduced a proposal for universal retirement payments for those who were disabled from work by age or disability. This came at the behest of the German chancellor, Otto Von Bismarck who helped him unify and create the German empire following decades of war. The rules of this arrangement were that anyone over 65 years of age would be forced to retire, and a pension would be paid to them. Participation was mandatory and funded by the employee, employer, and the government. By 1889, this plan was put into place. This makes Germany the first nation in the world to adopt an old-age social insurance program.

Social Security and the Beginning of Modern Retirement

It is important to note that at the beginning of the 20th century, the average lifespan was still a relatively short age of 50 years. It was not surprising to find that the working conditions for all but the elite were harsh for those living in the industrialized United States and Europe.

Despite these conditions, new public health measures, medical advances, and improved nutrition helped to cause the lifespan in the U.S. to increase by nearly an unprecedented 10-years in the first 30-years of the 20th century. This would be one of the largest life expectancy gains in its history.

With the average American living longer, it stands to reason that the overall “working population” was also aging. It would be due to an aging population and the Great Depression that caused both companies and Congress alike to look at retirement as less of a problem to be solved but a solution to demographic and policy necessity.

With nearly 25% of the workforce out of a job during the peak of the Great Depression, several states tried to implement welfare programs. However, few had the reach to make a meaningful impact. There were many plans proposed such as the Townsend Plan, an old-age pension proposal. In fact, many states even had established their own age-old pensions, but something “bigger” and more universal was needed.

Something “big” was indeed proposed, and came as part of the “New Deal” . On August 14, 1935, President Roosevelt signed into law the Social Security Act of 1935. This Act would establish a system of Federally backed old-age benefits through payroll taxes as well as provide for disenfranchised segments of society such as the blind, disabled, widows, children, and to some degree the unemployed. By establishing Social Security Boards in each state to raise revenue and distribute benefits, the United States government had officially entered the retirement picture.

Initially, Social Security was established to pay a lump-sum benefit to a retiree. However, over time, it morphed into a more traditional pension system with monthly payments. These payments to current retirees were financed by a payroll tax on the current working public, with half of the tax paid by the employer, and half paid by the employees. Retirement was modernizing for the American worker. Again it would be a war that would pave the way for additional innovations and mass adoption of retirement benefits.

As World War II was in full force, many able-bodied workers enlisted to fight. This created a new demand for labor in the private sector. The pressures of the war along with the Great Depression put constraints on companies being able to pay the highest wages. To entice new workers while avoiding raising worker wages, companies recruited with the promise of future retirement benefits. Thus between 1940 to 1945, the percent of employers offering pensions went from 12% to 17% (by the 1960s this would rise to nearly 40%). The pension was indeed riding a wave of popularity and adoption and would continue to do so for decades in post-World War II America.

To continue the story Click Here for My Financial Coach Presents: History of Retirement Part II.

More of Our Resources: 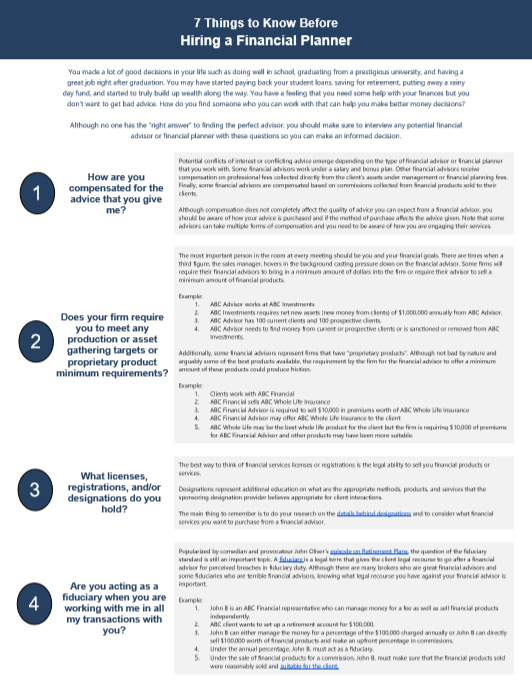 7 Things to Know Before Hiring a Financial Planner 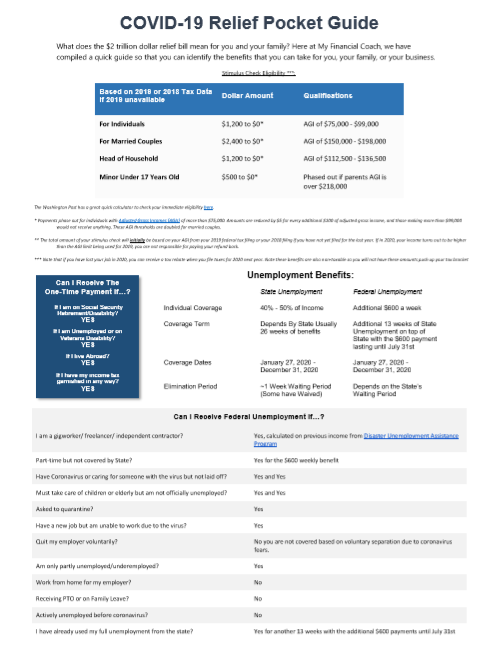 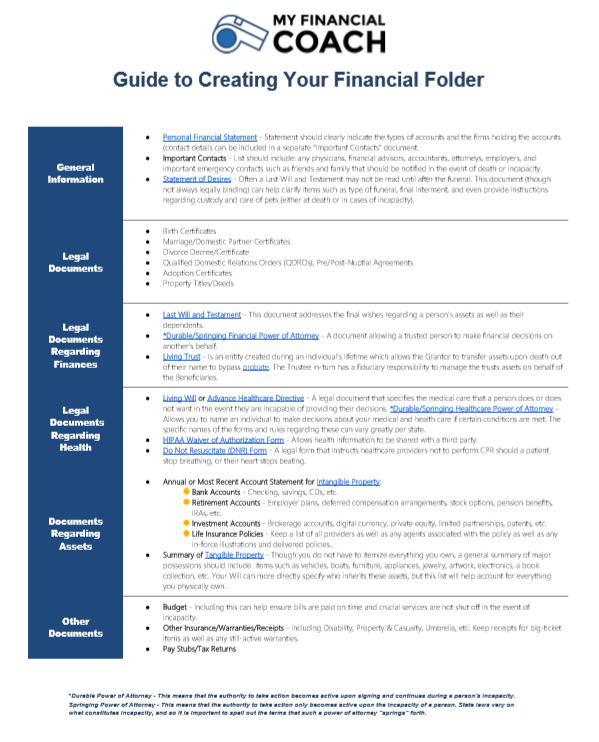 Guide to Creating Your Financial Folder 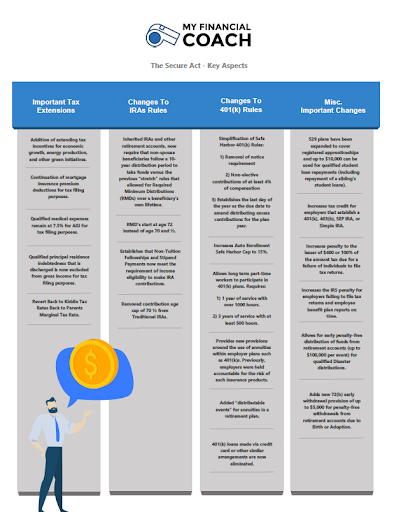