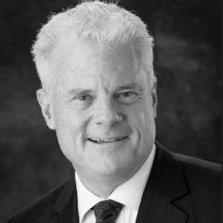 While enjoying his work abroad for the Swiss Bank Corporation, and later in the U.S. for Price Waterhouse, he wanted more freedom to solve tough problems for clients who needed alternative strategies.

Investing his own money, he founded The Henehan Company in 1985 and took on the unique challenges of a handful of special clients. Since then, Joe has become a career-long champion for improving public perceptions of financial services, insurance, and benefits through education, coaching, and advocacy. He lobbies legislators in Sacramento and Washington, D.C. on behalf of the industry, and stays active in national, state and local politics at the level of congressional and state assembly races.

Joe and Susan, his wife, reside in Redlands, California. They spend their private time with three accomplished adult daughters and their families, and in their spiritual practice with the First Congregational Church. 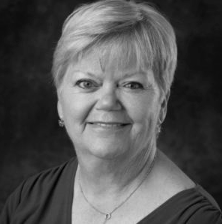 Marilyn specializes in the custom design of employee retirement plans, balancing needs of both plan sponsors and participants, which includes education and training of employees, supervision of plan administration, plan terminations, plan takeovers, mergers and acquisitions, as well as handling IRS and Department of Labor plan audits. Marilyn holds a Life and Health license and is an Accredited Investment Fiduciary®.

She began her 25-year career as a co-owner of Truog-Ryding Company, a third-party administration firm specializing in consulting and administration of employer-sponsored retirement plans. In 2007, she sold her interest in Truog-Ryding to join Voya Financial as a regional vice president and joined The Henehan Company in 2014.

A frequent speaker at retirement plan seminars, Marilyn also served on the Board for the National Institute of Pension Administrators (NIPA), currently serves on the Board for the Los Angeles chapter of NIPA, taught review sessions for the American Society of Pension Practitioners & Actuaries’ CPC program and was a contributing author of Fundamentals of Retirement Plans, a textbook for NIPA’s APA program. In 2003, NIPA granted her its Lifetime Achievement Award. An expert witness in retirement plan litigation, Marilyn was also featured on KNX and KFWB radio’s “Money 101” program, hosted by Bob McCormick. 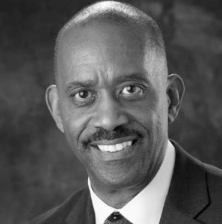 Edward Stricklan joined Henehan in 2010 as a senior benefits consultant. He built an enviable 30-year career in hospital, health plan, insurance, and financial services. Formerly with The Arrowhead Credit Union and Sawyer Cook Insurance, he served as a life and health agent, then as vice president of the department, as well as a financial consultant for group retirement plans.

Earlier in his career, Edward worked for Inter Valley Health Plan as new business manager; a vice president of communications at CIGNA HealthCare of California; and a director of marketing for two Southern California Hospitals. As past president of the Inland Empire Association of Health Underwriters, he was later voted Member of the Year by his local affiliate.

Edward earned his BS degree in business from Hampton University and his MBA from the University of Wisconsin. Married to Phyllis Stricklan, RN, MSN, ESQ., and Director of the Children’s Law Center of Los Angeles for the past 35 years, they are blessed with two children. Edward and Phyllis advocate for at-risk children and mental illness support. As certified teachers of “Family-to-Family,” they educate caregivers to cope and care for those with brain disorders.