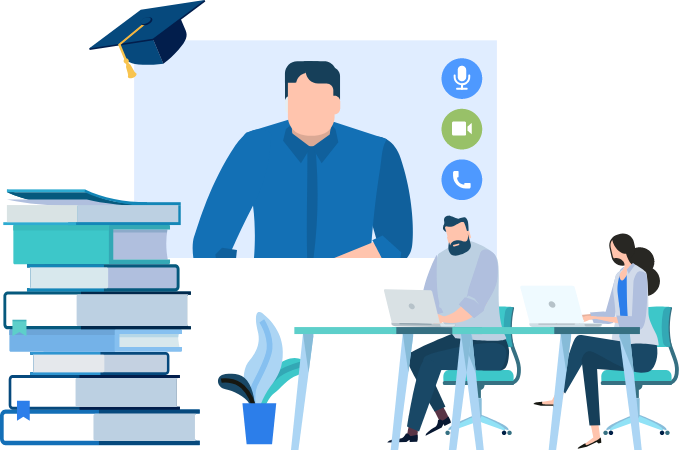 To Pay or Not to Pay? Managing Debt Payoff in the Age of Cheap Money and High Consumer Debt

Not all debt is created equal, nor is all debt inherently bad. In times when financial wellness and financial fitness programs are all the rage, it may seem odd for a financial planner to not see all debt as this terrible looming shadow. The reality is that debt can be a useful tool when used correctly. For example, most people would not be able to afford their first home without the aid of a mortgage loan, and certain big-ticket items such as a vehicle may be a necessity, especially for those who may live in cities lacking public transportation options.

Outside of the individual consumer, small business owners and even large corporations use debt (including issuing bonds for the larger corporations) to expand their operations and grow their business without having to bring in new partners or issue stock which could dilute the ownership of their business. Debt is, and continues to be a resource, but not one that should be used without consideration. Which brings us to why credit cards can be a resource but with a costly downside.

As of May 2020, according to a survey from Creditcards.com, 47% of U.S. adults currently have credit card debt. Even more disturbing is that in a similar survey from just a few months earlier (March 2020), that number was at 43%. Credit card debt is on the rise and is not an unexpected trend as in times of financial distress people who lack savings tend to lean on their credit cards and other loans for support. In the previous financial crisis of 2008, debt had reached an all time high at 12.68 trillion. After a period of U.S. households reducing their debt burden, this landscape change again and by the first quarter of 2017, U.S. household debt reached new highs at 12.73 trillion.

Credit card debt carries with it some of the highest interest rates of debt with an average rate 19.02% APR for new offers, and 15.10% for existing accounts according to WalletHub’s Credit Card Landscape Report. Because of these high-interest rates, once someone starts to accumulate credit card debt, it can become so very difficult to escape it. Fortunately, there are several techniques that can help consumers develop a strategy to overcome past credit mistakes.

The Debt Avalanche, or also known as the debt prioritization method looks at all debts and ranks them. Starting from the highest interest rate to the lowest, the goal of this method is to pay down the highest interest rate debts first while continuing to make minimum payments on the rest. Once the highest debt is paid off, you move on to the next highest debt. This method is preferred because it saves consumers the most in interest payments as the overall debt load is paid off the soonest.

As the chart below shows, here is a hypothetical scenario in which a consumer prioritizes debt by interest rate and the amount of interest paid and time spent paying down these debts. 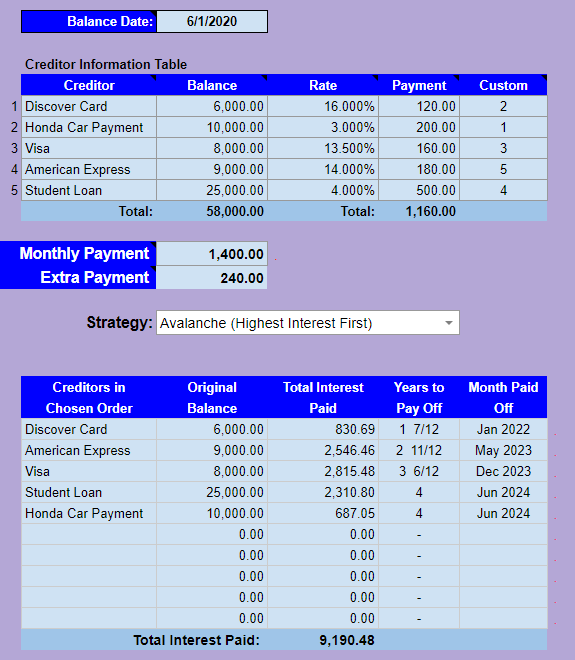 The downside of this method is that for those that have particularly large debts, it may seem that little progress is made while multiple credit cards wait in a queue for priority.

The Debt Snowball is less about saving interest and time, and more focused on the emotional side of debt management. This method of paying off debt focuses on paying off the smallest debts more aggressively, while the larger debts receive only minimum payments, and then adding those extra payments to the next smallest debt once the previous is paid off. Mathematically it is disadvantaged by the extra interest and time it may take to pay off debt, however, it is bolstered by what many find to be a more motivating way of paying off debt. A debtor can see quicker results in terms of debt disappearing from the balance sheet.

Taking the same information in our scenario above, but utilizing the snowball method of paying off the small debt by balance first, we can see how these outcomes change shown below: 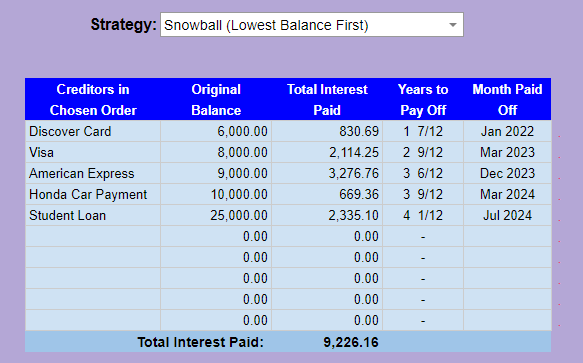 As you can see, while both the Avalanche and the Snowball produce similar results, the Avalanche method in our previous example saves the consumer both interest and time. Were we to calculate larger debt loads, these differences can sometimes amount to months or even years, along with potentially thousands of dollars in saved interest.

These are just some of the different strategies that consumers can utilize to tackle debt. While interest rates and balances are important factors, it is also important to consider other factors such as any tax write-offs the debt you are paying off may hold (more commonly found in mortgages and student loans). Debt is nothing to be ashamed of and is something that is shared with consumers of all backgrounds.

If you feel overwhelmed by debt, you should consider speaking with a Financial Planner, and if you find yourself unable to make minimum payments, working with a Credit Counselor is also encouraged. Credit Counselors may even be able to negotiate down your debt owed, consolidate debt, and even temporarily freeze payments in times of financial distress.

As the Lead Financial Coach at My Financial Coach, I work with clients of all backgrounds who share the common goal of becoming debt-free. I strongly believe that in order to build wealth, you must first look at Emergency Savings, Debt Management, and Essential Insurances so that you have a solid foundation to build your financial house upon.

My Financial Coach provides comprehensive unbiased financial planning services, teaming its clients with a non-selling CERTIFIED FINANCIAL PLANNER™ (CFP®) professional—a personal financial coach—to build knowledge and confidence around your finances. Whether it be with My Financial Coach or another financial professional, it never hurts to review your finances and develop a strategy to take back control of your future.